Steeplechess is a modern sport combining two disciplines - run and chess. These two disciplines has not been combined before as they are normally dominated by athlets of very different nature.

1. The track has approximatelly 250m with two hurdles

2. The tables, each one with one chessboard, are located in two exact opposite points of the track, the hurdles are in the middle between them, one on each side.

3. Two players play/run against each other two classic chess games at the same time. Each player starts on his/her chessboard at the same moment.

4. After each move, the player runs in anti-clock wise direction on the track to the second chessboard. Moves, runs to the next board etc. The main principle is - whoever comes first to the chessboard plays first. The decisive line is 6 meters in front of the chessboard.

5. It is not necessary to move - the player may pass the chessboard and run to the second chessboard if this should me beneficial for him/her.

The historically first competition in steeplechess took place in Říčany, Czech Republic, on Friday 13th April 2012 at 17:00 in Sokolak.

Other games played on the first day (winners in bold): 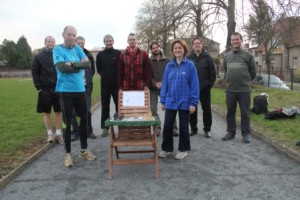 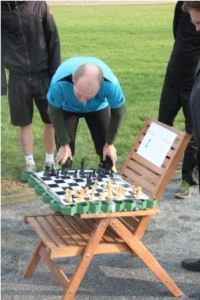 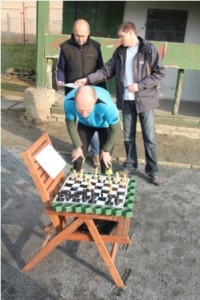 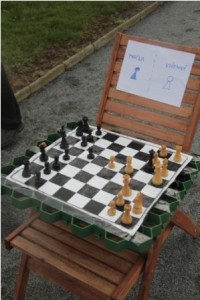 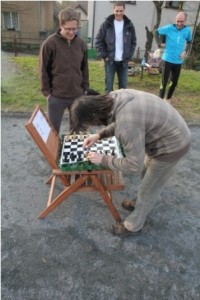 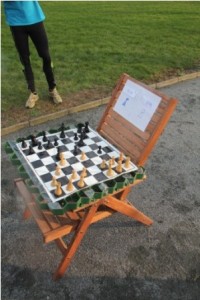 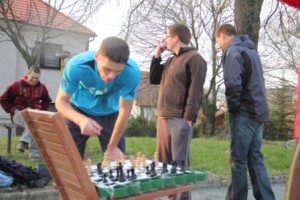